- March 21, 2020
hello chess players ,
This is weekly news 3  , I will try to cover all news related to chess (International and Indian).
Hope you will like this series .
If you have any , please mention in comments
If you have any suggestions you can comment
If you like this article then please do share !

1.Events cancelled
2. Candidates started -  Finally candidates 2020 started without Teimur Radjabov and he is replaced by MVL . Ding and Caruana are clear favorite of this event . here are some interesting things happened in candidates tournament 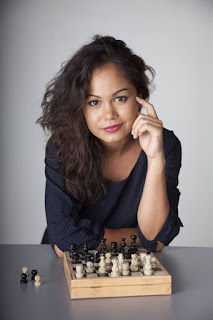 As situation is getting worse day by day due to Corona virus , most tournament are cancelled . So I will also stop this weekly news for few weeks . I will update once I started again .
Thank you for reading !

Popular posts from this blog

9 best chess movies that every chess player should watch 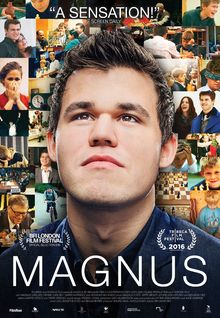 1. Magnus - 2016
Director - benjamin ree Running time - 78 min
This documentary is based on current world champion Magnus Carlsen.The film features footage from Magnus's childhood, his showdown with Kasparov when he was just thirteen, and the exciting environment that surrounded the Anand vs. Carlsen world championship match in Chennai where Carlsen reached the summit.


2.Pawn Sacrifice - 2014
Directed by - Eduard Zwick Running time - 115 min budget - 19 million USD
The movie Pawn Sacrifice is based on former world champion Bobby Fischer. It is based on the true story of Bobby Fischer's challenge against top Soviet chess grandmasters during the Cold War and culminating in the World Chess Championship 1972 match versus Boris Spassky in Reykjavík, Iceland. It was directed by Edward Zwick and written by Steven Knight. The film stars Tobey Maguire as Bobby Fischer, Liev Schreiber as Boris Spassky, Lily Rabe as Joan Fischer, and Peter Sarsgaard as William Lombardy. 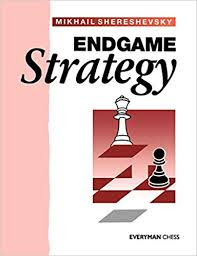 In this blog I will talk about My favorite complex endgame books . You will find 4 books in this blog that are really interesting to study . 3 of which are written by Mikhail Shereshevsky and 1 is by Andrian Mikhalchishin . If you find this blog useful then please let me know in comment section below .  Images taken from this blog are from google images  1. Endgame Strategy by Mikhail Shereshevsky This book is published by Everyman Chess in 1981 . author of this book Mr shereshevsky is well known author . The book covers 13 chapters in which positions and analysis given . I found this book without any mistake and many GMs have suggested this book for study . I especially liked chapters Do not hurry and complex endings . Selection of positions are excellently done by Shereshevsky. If you are reading from India you can get this book at less than 6 USD 2. Mastering Complex Endgames by Andrian Mikhalchishin and Oleg Stetsko This book is published by Thinkers Publication in 2017. Both autho…
Read more 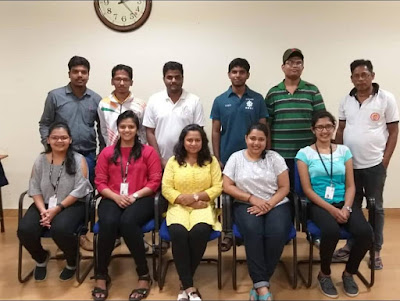 I was playing commonwealth chess championship 2018 in Delhi from 26 June to 3 July 2018. Tournament was going very bad . I was playing both (open and U20 ) sections at that time . Schedule was to hectic to me as one round is at 9.30 morning and another was at 3.00 pm . I was already depressed as my schengen visa application already got rejected before start of commonwealth championship . I have to cancel my all flights and hotel , insurance which cost me 20000 INR
On 4th day on commonwealth my teammate from all India university championship told me to call and talk with university director . Then I called to him and he said you have to play world university selection trials which was from 23rd to 25th July 2019.
after commonwealth championship get over I meet to director and he said you have to leave on 21st July . At that time they said there will be 2 selection in boys and 2 in girls for world university championship .
From pune university there were 4 participants from boys group an…
Read more

Nikhil Dixit
I am international rated chess player with 3 International Master norms . I have completed B.com degree from Pune University in 2019.